Having lunch in the largest employee owned business in the UK

Having lunch in the largest employee owned business in the UK

Today I was having lunch in the John Lewis department store in Leicester UK. And painted along the wall was some key moments in the history of John Lewis stores which is the 3rd largest private company in the UK and owned by all its employees (called partners).

It is an interesting history and the founder John Spedan Lewis was clearly a man ahead of his time. In 1929 on the death of his father, John Spendan Lewis created the partnership under the first trust settlement under which profits were from then on distributed amongst all staff. Then in 1950 he signed the second trust settlement and from that moment the partnership belongs to the people employed in it, now known as partners.

He was quoted as saying “The partnership ’s ultimate purpose is the happiness of all its members, through their worthwhile and satisfying employment in a successful business”.

I don’t know if you have ever been to a John Lewis department store, but it is a different experience to other department stores. Two things stand out for me, they always seem better organised and the merchandise is well presented, tidy and organised. And the other is the helpfulness of the staff. Also it is probably the only department store where I have seen managers actually managing (staff, customers, queues etc).

From 1939 it has grown from 16 stores, 6,000 partners and £3 million sales to in 2012 319 stores, 81,000 partners and sales of £8.7 billion. It is one of the companies where huge bonus payouts don’t cause public outcry. All staff from the chairman down to the shelf packer receive the same percentage payout which rises and falls in line with the company’s performance. In 2011 staff received 17% which was the equivalent of around nine weeks pay for each staff member.

Partners share in the benefits and profits of a business that puts them first. John Lewis’s constitution also contains a mission to maximise the “happiness” of its staff. The control structure involves a staff council – for ideas and complaints to filter up to the board – and a weekly magazine where staff can air their views about policies and management, anonymously if they choose.

Staff at John Lewis earn the same as staff at rival chains – but the profit share is a significant top-up. Its directors, on the other hand, are paid substantially less than their counterparts at businesses such as Tesco, Marks & Spencer and Sainsbury’s. Staff also receive employee perks – worth £70m this year – ranging from holiday homes to sailing clubs, theatre outings, theme park admissions, and even a choir, all subsidised. It also one of the dwindling number of companies to operate a final salary pension scheme which is funded entirely by the company.

The ownership model means it is in the interests of staff to work hard as they are the direct beneficiaries.

There are other companies that are more profitable than John Lewis, such as retail clothing chain Next. However a recent report from the Cass business school found that employee owned businesses had a higher rate of sales growth and job creation during the recession than their counterparts in conventional ownership. Over the period of 2005 to 2009, the boom to bust period in the uk, employee owned business generally created new jobs more quickly and were at least as profitable as their conventionally owned counterparts.

The findings — based on a survey of more than 60 senior executives of both types of company, and financial data from more than 250 firms — back up other studies that show that employee owned businesses typically outperform those companies in which employees do not have an ownership stake or the right to participate in decision-making. “The advantage comes from taking a stakeholder rather than a shareholder view of management,” said the study. “Employees who have a stake in the company they work for are more committed to delivering quality and more flexible in the face of the needs of business.”

John Spendan Lewis signed away his ownership to allow future generations of employees to take forward his “experiment in industrial democracy” His ideas are set out in the companies constitution which at the centre has the idea of establishing a better form of business.

Recently the current chairman said “It is the culture of ownership that matters most when it comes to employee share ownership.. it is from there that the greatest value will come”

I think John Spendan Lewis’s experiment in industrial democracy has been a success, don’t you? And I think all business’s could benefit in the same way by engaging their workforce through an Employee Ownership.

If you would like to know more about Employee Ownership Plans for your organisation please visit http://successionplus.com.au/how-to-maximise-value/employee-engagement-share-plans.html#books 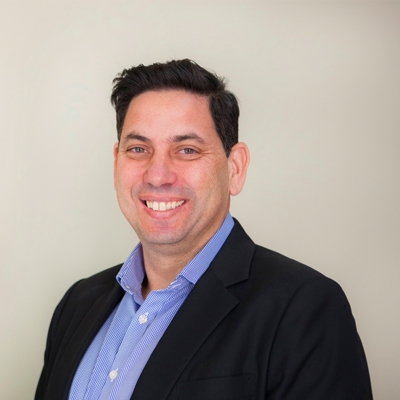 Wayne Mandic is a seasoned business consultant whose years of experience and knowledge have been instrumental in unlocking the entrepreneurial capabilities of small and medium sized business owners.

June – the first month of Winter

What will Middle-Market Mergers and Acquisitions look like post-COVID 19?

Sorry tale of an SME simply closing the doors

What’s the #1 tip for exiting your business at maximum value?

55% of all business exits are as a result of failure !